Rosa Mundi is one of the premier 15c re-enactment groups in the UK.

Formed in the mid ‘80s and  performing ‘tournament type displays, it was noticed that the members of the public wanted to talk and try out the equipment that we were using.

Since then Rosa Mundi have perfected a style of presenting  re- enactment  and living history displays while fully interacting with members of the public. We display multiple aspects of 15c century life, and specialise in the ‘Wars of the Roses’ period between 1475 and 1500, a period that saw the end of the Plantagenets, the rise of the Tudors , and the start of the renaissance.

Through the extensive efforts of our members, Rosa Mundi has acquired a reputation for maintaining very high standards of knowledge, costume and equipment.

Very many different aspects of fifteenth century life are portrayed.  At a typical Rosa Mundi event (or even on TV) you may see:

• Life in a medieval camp, in a great house or castle

• Gentry at leisure, servants at work, children at play.

• Life in the kitchen—Cooking and bread-making. 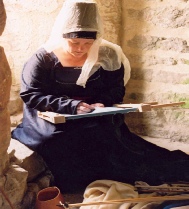 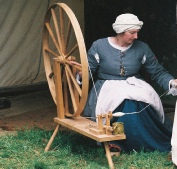 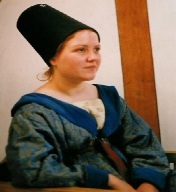 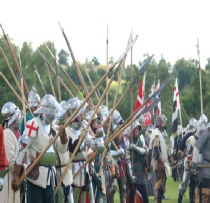 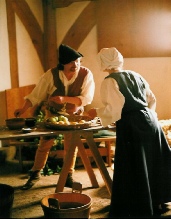 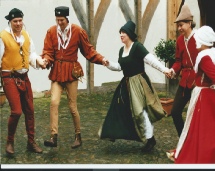