Rosa Mundi members that wish to do so can take part in battle re-enactments, following suitable training.  As a member group of the ‘Federation of the Roses’ we portray  the household of Lord Scrope of Wenslydale, whose emblem is the Cornish chough.

Rosa Mundi have taken part in various TV and video productions showing the military aspects of 15c life,such as ‘War Walks’ and local history publicity for Mortimers Cross. We also take part in commemorative  battle recreations such as the battles of Bosworth and Tewksbury, and participated in educational walks for Towton battlefield.

Rosa Mundi members have also participated in battle commemorations in Belgium, Italy, France, Switzerland and Germany,  including the re- creation for the 600th anniversary of the battle of Agincourt, fielding a contingent of soldiers and longbow archers.

Agincourt - ‘The One Show’ 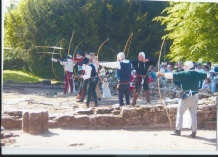 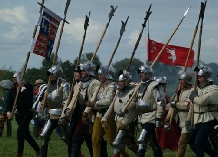 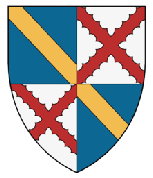